If you would like to find globes and bar globes in Zoffoli’s Design Collections, visit OUR SHOP and use the Filter Based Search in the left sidebar by scrolling down to the Design Collections and checking the box next to the collection name you are looking for. 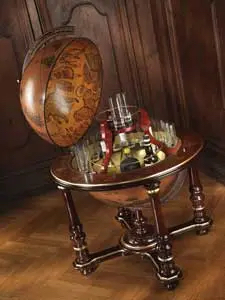 “Generation after generation memories and suggestions are
handed down making our products richer and full of charm.” — Zoffoli 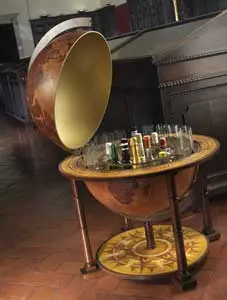 Zoffoli’s Gea Collection consists of world globes and bar globes which are as elegant and breathtaking as timeless vintage replicas, while the globes themselves feature up-to-date geographical world maps.

“Charm is the element of distinction of our products … Sacrifice and hard work are key elements … But nothing can be achieved without a sense of passion. It is this combination that makes our products unique.” — Zoffoli, 2011 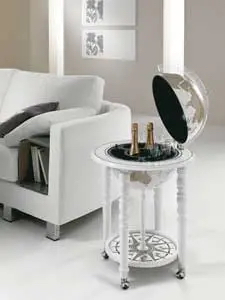 The Geographica Collection is Zoffoli’s designer and contemporary collection.

“Zoffoli’s dream has always been to combine the ancient craft of globe-making with the latest techological solutions, thus way succeeding in expoiting new materials with traditional methods on an industrial level, and aiming to create a modern version of the geographical globe that remains true to the concept of elegance and excellence in a classical crafted object.” — Zoffoli 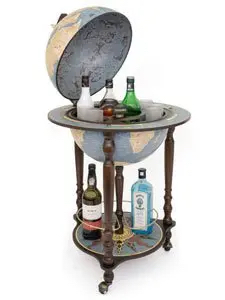 The Universal Globe Collection brings back to life the geographical knowledge of 17th and 18th centuries recalling the sketches of Dutch cartographers who drew from the reports of transoceanic navigators such as Barents, Le Maire, Tasman and Roggeveen. Other cartographic inputs of the same era but of different origins, have added to the sketch remote and cartographically vague places such as much of Tartaria, the sub-polar zone of North America and the Australian eastern coasts, leaving instead a fuzzy blanket in correspondence of “unknown land” of the Arctic and Antarctic.

The prevalence of Latin place names has been preserved, which gave a universal imprint to the cartography. The drawing reproduces the ornamental and mythological motifs of that period. The sailing ships are a copy of those, which, after many years of scientific restraint, showed the actual roundness of the world, leading to the recovery of the geographical three-dimensionality that only the globe can offer to the human eye. 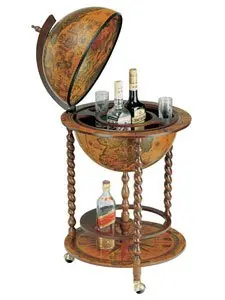 “Fantastical means will join you in this wonderful journey through the amazing world of Tre Esse Firenze. You will discover unexplored territories populated by mythological figures, monsters and mermaids, and like modern Argonauts you will embark on many adventures, protagonist of countless stories, you will travel through space and time… and when you will open your eyes you will be finally at home, surrounded only by the warmth of the beautiful things you know…”  — Zoffoli

If you would like information about how these Italian world globes and bar globes are manufactured, please see Zoffoli Behind the Curtain for a sneak peak at the Zoffoli factory in Rimini, Italy and the manufacturing process.